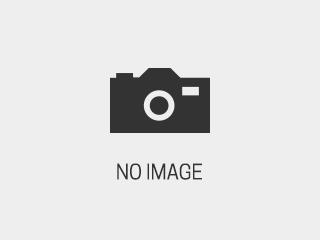 BY BILLY LINDAHL
FOR THE TIMES-GEORGIAN

The Braves built an early lead, but watched things slowly slip away from them in an eventual 24-9 loss. Heard County opened the night with the run game, leaning on junior tailback Alex Boyd. Boyd rushed for 80 yards in the first half, which set up an early field goal.

The next series, new Braves quarterback Leroy Marsh launched a long pass to senior wide-out Micaiah Austin for a long 58-yard touchdown to push the lead to 9-0. Shortly the Braves gained the lead, however, the wheels started to come off.

Two consecutive offensive series ended in an interception as the Braves suddenly strayed from the run game. The Grangers came to life at this point and forced a field goal halfway through the second quarter.

Heard County continued to shoot itself in the foot with penalties and allowed the Grangers to score late in the first half to give up the lead and went to the locker room trailing 10-9.

Marsh was 2-for-6 in the first half with a touchdown and two interceptions. Alex Boyd led on the ground with 80 yards rushing. The lone touchdown was the 58-yard reception from Micaiah Austin.

The second half began much like the first half ended: a turnover on downs at midfield, a Tray Jones pass intercepted and a total of 18 yards of offense from the Braves.

Two big touchdown runs given up by the Heard County defense iced the game away in the second half. One came by LaGrange’s stud running back Kale Gibbs, and the other by the quarterback Charles Crawford, who was by far the player of the game tonight not only offensively, but his punts led to bad field position for the Braves all night.

It just wasn’t the Heard County Braves’ night, and head coach Tim Barron said as much.

“I’m not surprised about the mistakes. I’m not happy about them, but there’s not much depth,” he said. “It’s hot, and when you’re hot and tired you generally make more mistakes when you’re pressing. “ But Barron, who just won the state championship last season, isn’t dismayed by the outing. He knows, as does most of the Braves faithful, that they historically are not great to start their seasons. “We gotta go to work, we gotta teach better, coach better, play better. We knew that there would be early growing pains,” he said. “I think there were things we were much better than a week ago. And in two weeks we play a very talented Hapeville Charter team, and we need to play a lot better than we did tonight.”

Heard County is off next week, and play Hapeville Charter at Staples Stadium in Franklin on Sept. 6.